Common Myths and Misconceptions About Sinusitis 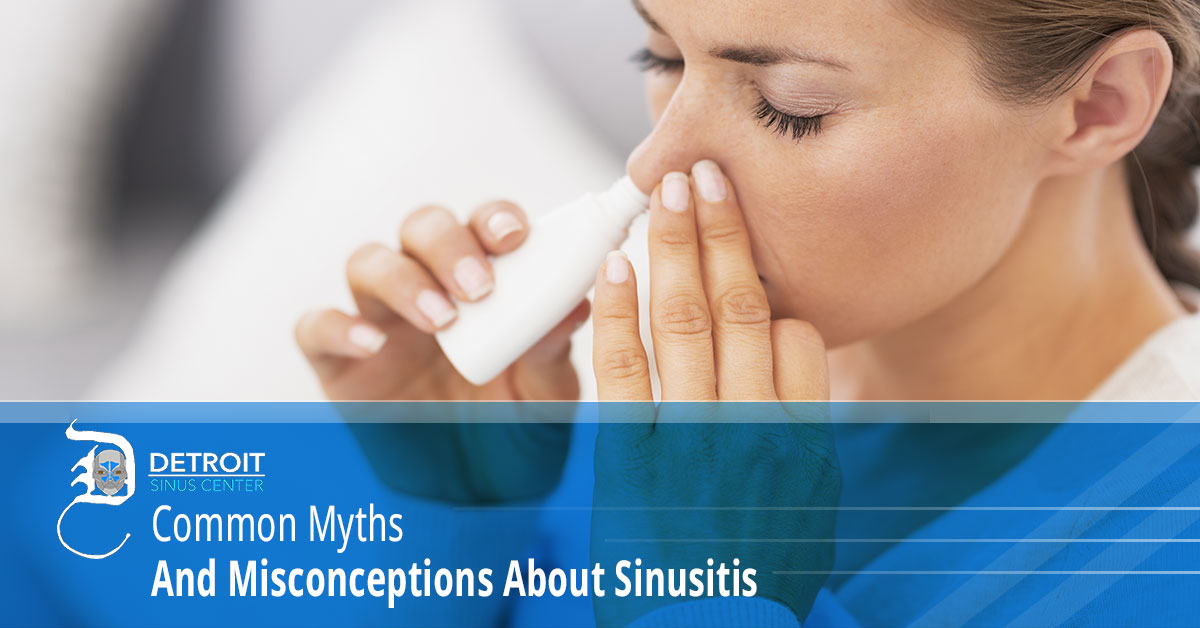 We can’t blame you for buying into this one. The idea of sinus infections being contagious is a widely perpetuated myth, due particularly to the strong similarities between sinusitis and the common cold. Both conditions attack your sinus areas, causing unpleasant sensations such as runny and/or stuffy noses, sore throats, sneezing, and so on.

There are subtle differences between colds and sinusitis. Colds run shorter, generally for three to six days, while sinusitis typically clocks in at seven to ten days. Sinus infections are sometimes accompanied by fever, which is rarer in colds. Colds also generally produce clear mucus, while greenish or yellow mucus is more common with sinusitis (note that this is a generalization and there are exceptions to both cases).

This kind of myth is why sinus doctors exist in the first place. For most people, the go-to response for sinusitis is antibiotics, and for a long time, was the preferred treatment from doctors. This lead to a belief in the idea that this is the most reliable way to treat a sinus infection when that’s not necessarily true.

Antibiotics are effective in a number of cases and we often prescribe them here at Detroit Sinus Center, but there are other treatments which can be much more effective depending on the type of infection you have. We have a comprehensive knowledge of sinusitis so we understand that one uniform treatment isn’t appropriate; each case demands its own unique solution.

Both varieties of sinusitis can be treated. That’s why there are professionals who have devoted their study and career to sinus problems; there are options, but treating them requires a comprehensive knowledge about the human body and sinusitis itself. Sinus doctors meet these criteria, and can help you to put an end to your problems once and for all.

Balloon dilation and endoscopic surgery are both effective at treating your sinuses in the long-term. If you’ve been struggling with ongoing sinus infections, consider visiting your local sinus specialist for a solution that could end up being long-term.

At Detroit Sinus Center, we have been serving the people in the Detroit area for years. Whether you’re in Detroit proper, or surrounding regions such as Allen Park and Southfield, we’ll be able to help you with your sinusitis. Contact us today to schedule an appointment!